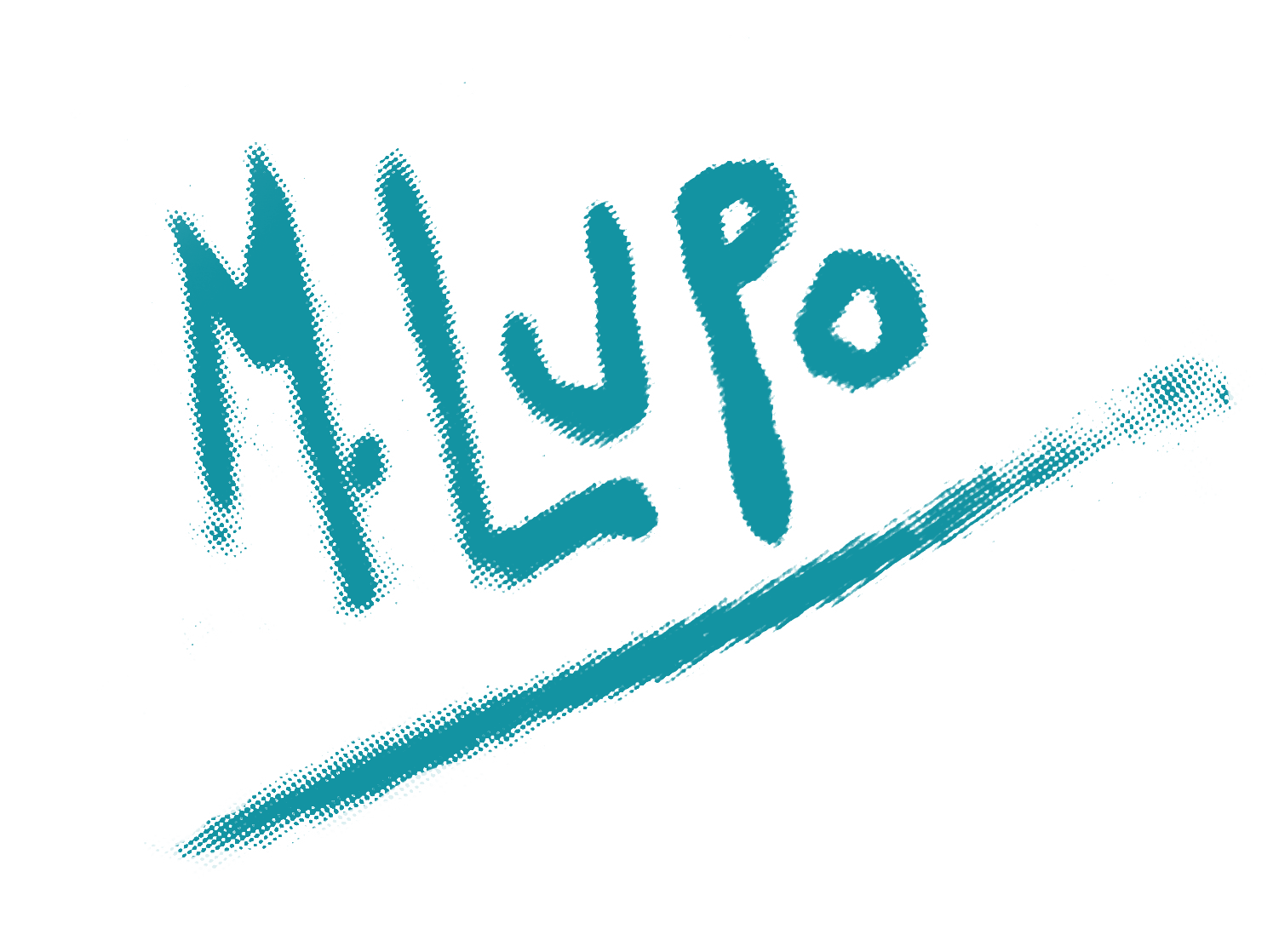 ... when I went on board, I noticed a type of canvas, the so-called Olona cotton canvas, which was very strong and rough. So I began to paint, somewhat naively, on this unprepared canvas. And I obtained very nuanced, beautiful effects. ... But it happened that some of these paintings didn't sell. So, to paint again, I covered these canvases with white lead and the leftovers from the palette, destroying everything I had done before. I then discovered that this dense material, full of lumps and roughness, gave me new and fascinating effects. Where there was a lump, a different shade emerged, and an almost shadowy area was created, and then I realised I had found my own technique, by chance, a technique that I still use today. ... My painting has three stages of production. Apart from the actual preparation of the canvas, the background. I do the drawing with charcoal, then make a kind of sinopite. I make this sinopite that I have to fix to prevent fading. When the drawing is, in my opinion, balanced, I then give it a coat of oil pastel. Not wax ones, oil ones. Essentially, you can even dilute them in a bowl and use them as an real oil colour. And so, with these pastels, I apply a coat of primer, I start to lay down the traces of colour. I then fix everything again and, finally, I put on the actual oil colour with the spatula.
There is no secret in the preparation of the canvas. It's very simple: I do everything myself. I stretch it tightly on the frame, and then I wet it. By tapping it like a tambourine, I can tell if it's good by the sound. ... And often, the stains that appear when preparing the canvas serve to ignite my imagination. A stain suggests an idea. Here, I study it well. If it doesn't go horizontally, I put it vertically and work there. It's the imagination that then leads me to come up with the subject.
Everything I put on the canvas is oil paint, creating overlapping layers that form this density; dense in some parts and less so in others. For example, in the sky, the material is much less thick! On the other hand, I take massive amounts of colour with the palette knife when I draw trees and apply them to the filled area. Then I always rework it with the spatula! I haven't painted with a brush for almost twenty years.
(Mario Lupo - 'Story Of Life, Story Of Painting') 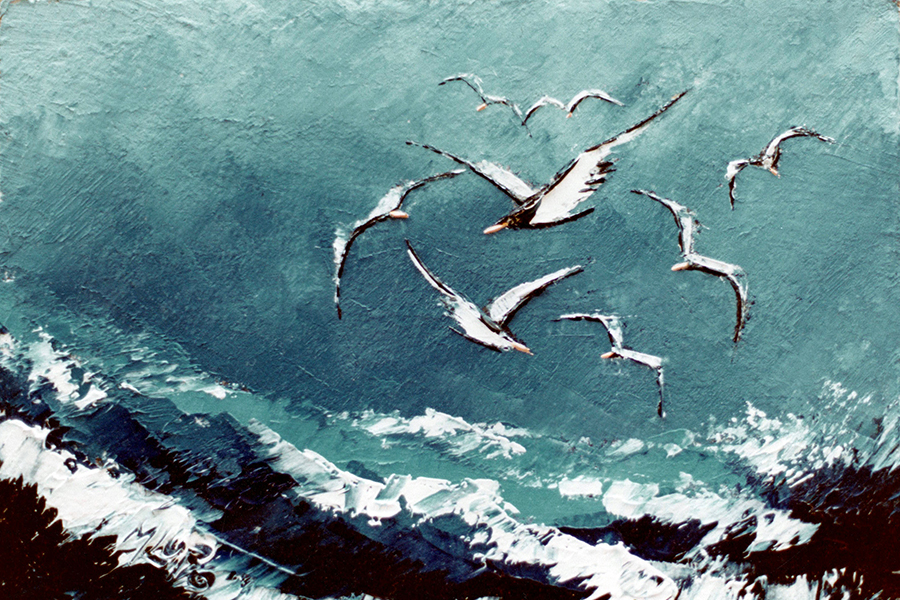 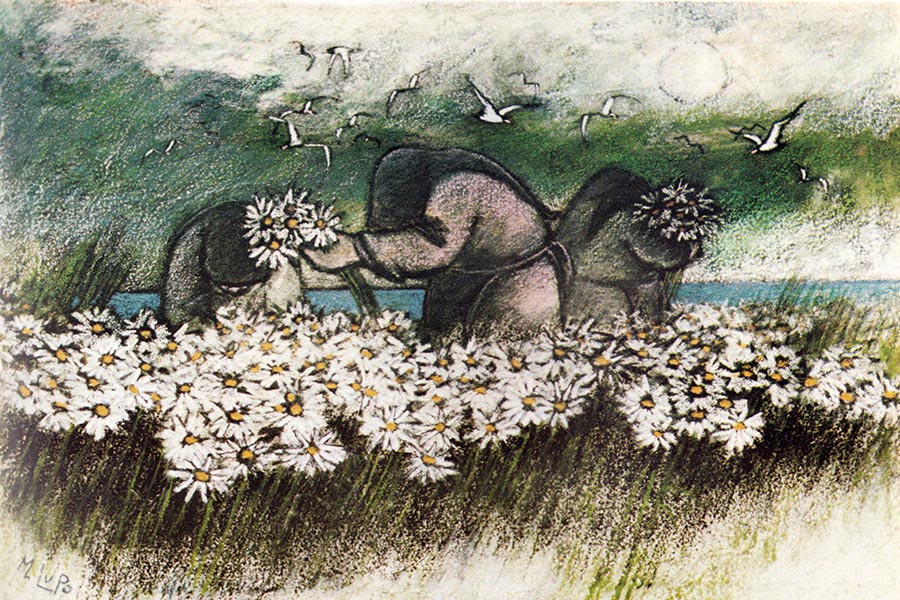 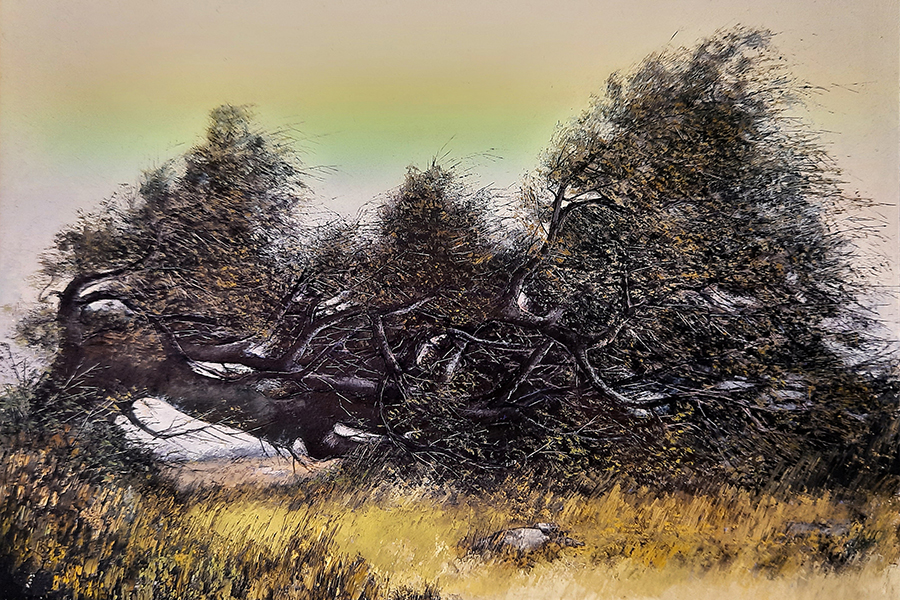 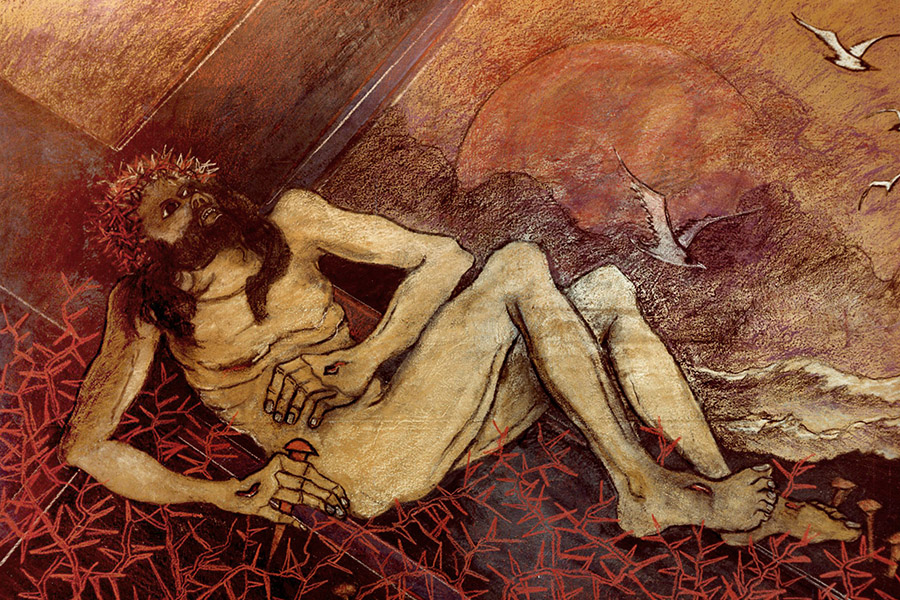 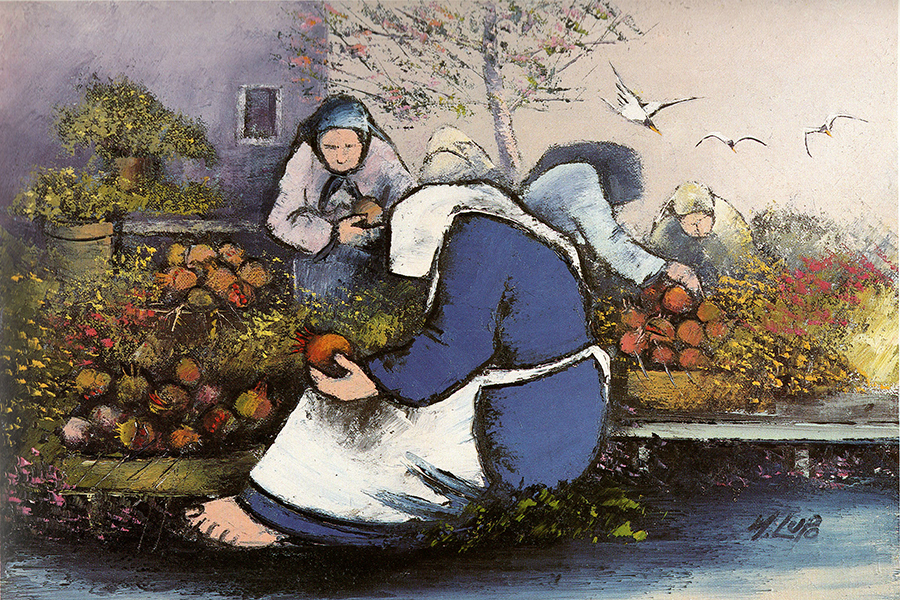 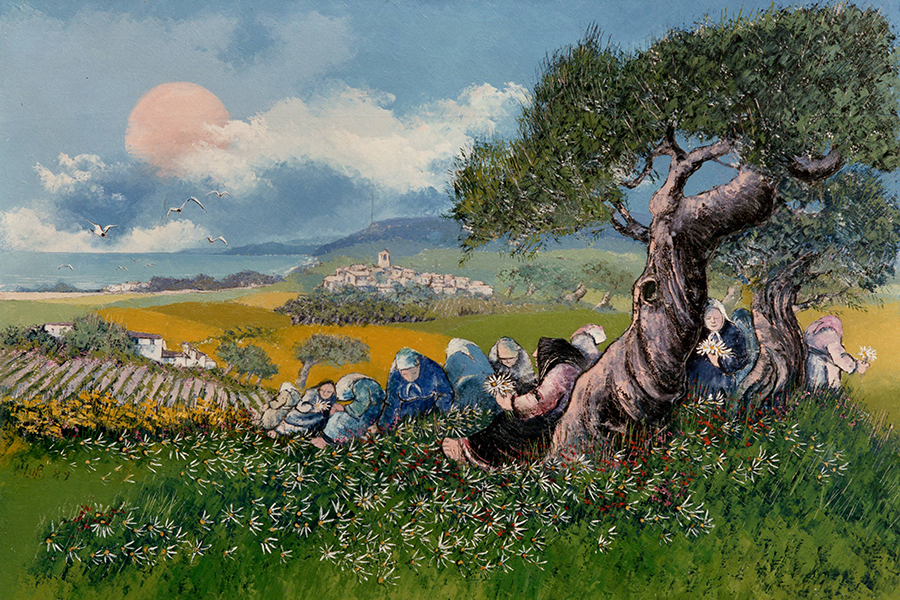 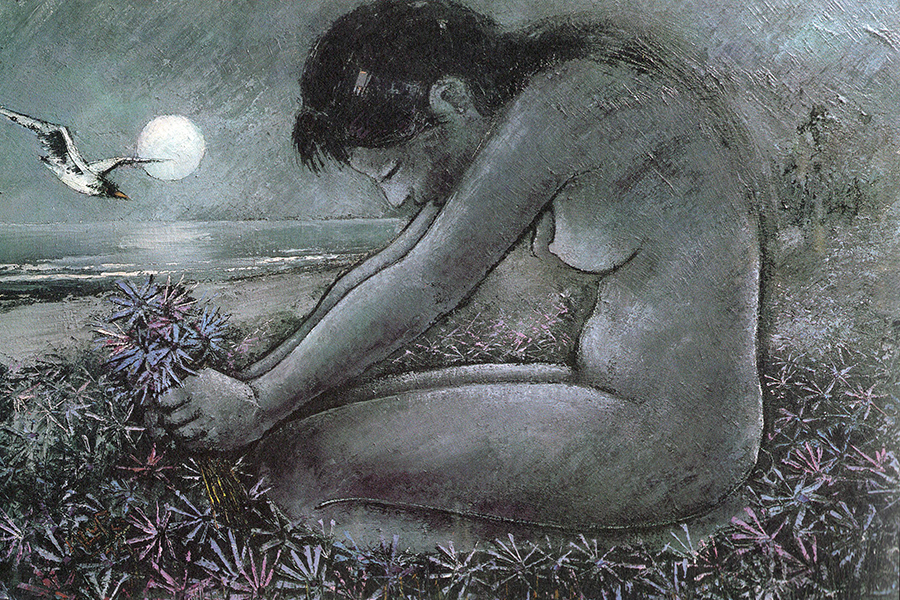 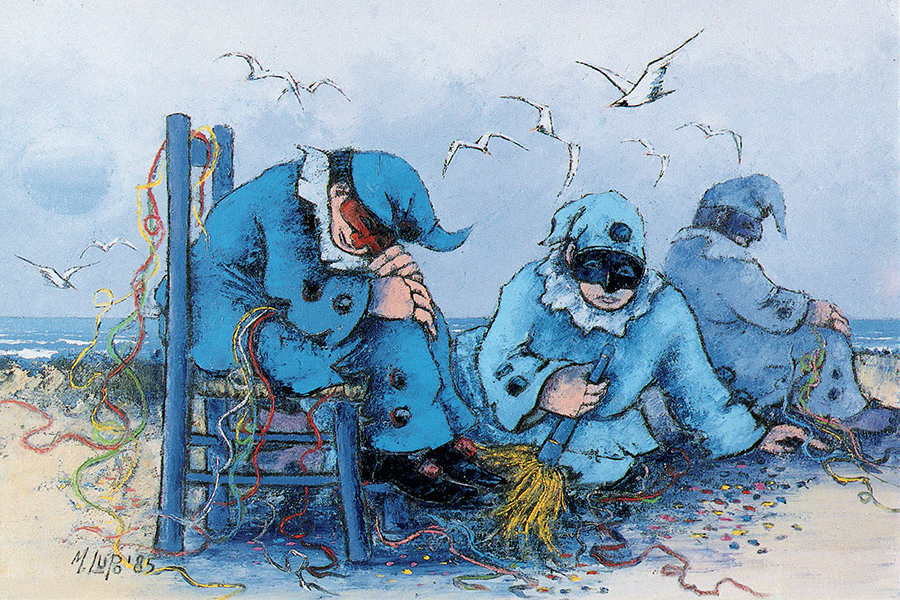 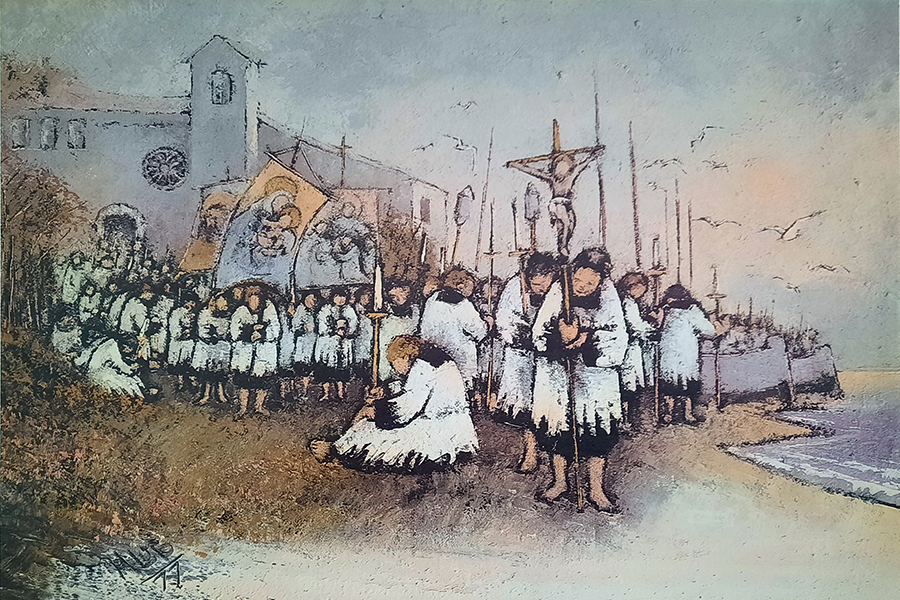 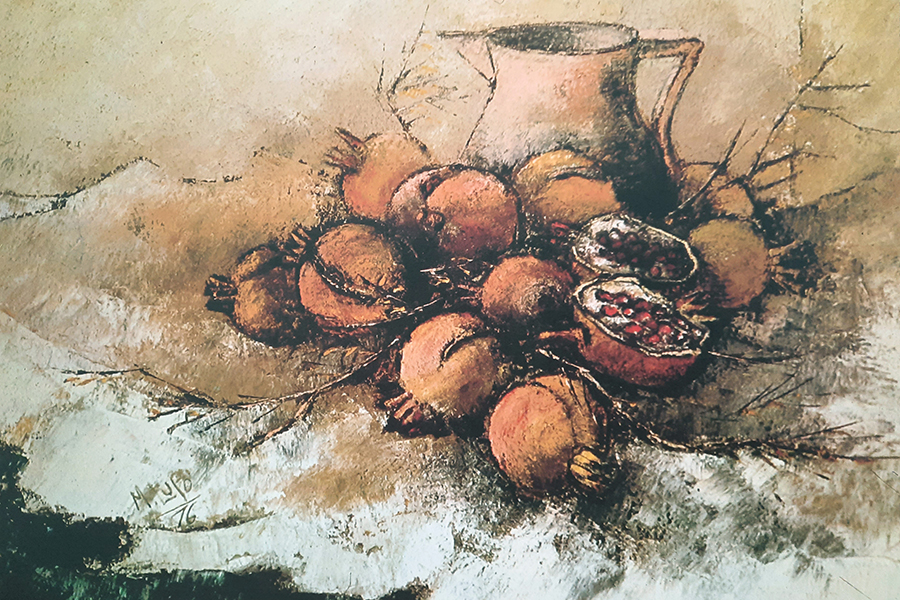 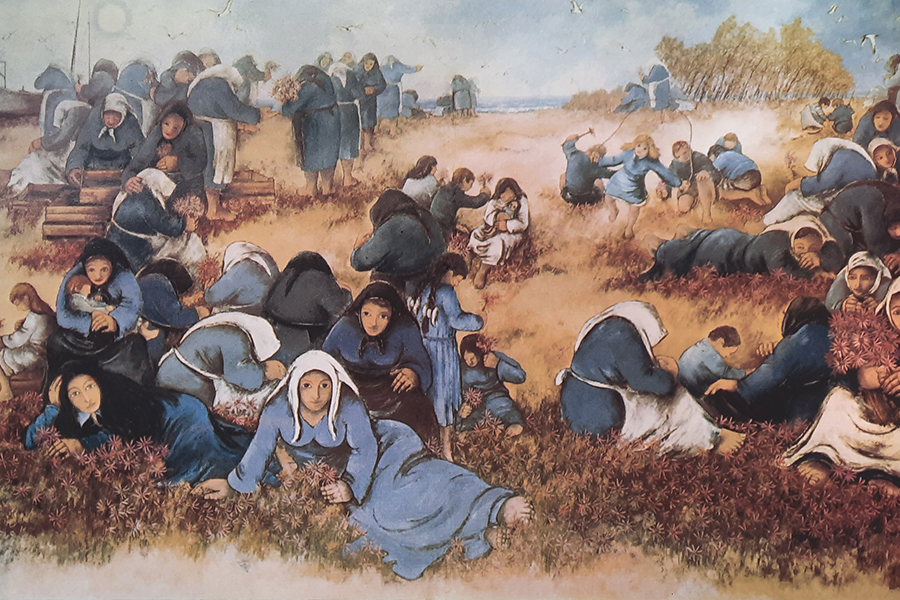 * The works of Mario Lupo reproduced in this section are from 1969 to 1992 and are subdivided by subject to show the themes that most inspired the artist.